This week I found a nice little box full of old track and field athletic medals, some of which are from the well known Penn Relays event. Not all the medals are dated but most are from the late 1960’s. There is one medal which looks special/unique to the others, undated and I am in the process of trying to find history and age on it. I have tested it to be sterling silver. It looks to be a coin given to participating athletes of the special annual event. It is a large as well as thick medal about 1 3/4″. On the front it depicts an athlete and what looks like a roman holding a torch together with the world in the background. On the back it reads Oxford and Cambridge vs. Pennsylvania and Cornell – England. I know the name of the original owner to be William W. Wilson due to some of the medals having names engraved. 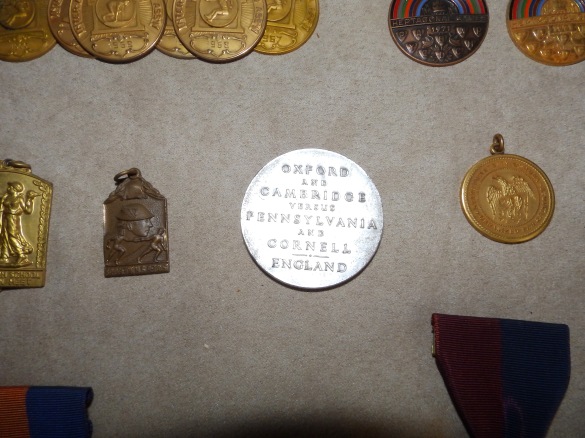