As to be expected there were no estate or yard sales this first weekend of 2015. I went to a few antique stores looking to get lucky and believe I did. See below. 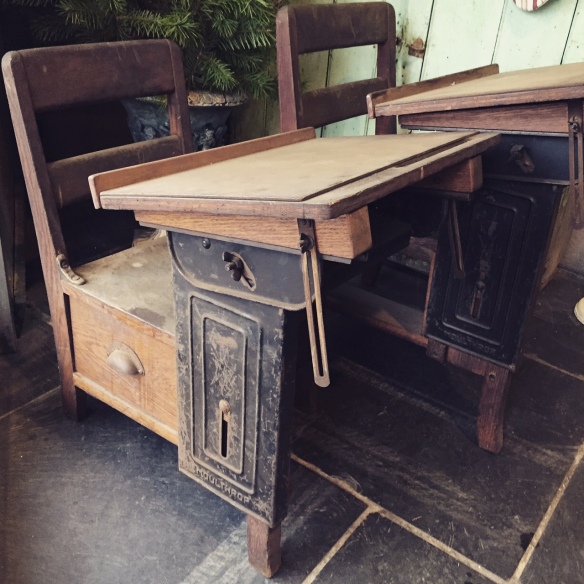 I snagged these 2 antique Oak school desks for $20 each. They are marked Moulthrop on the sides and the drawer pull under the seat stamped Langslow Fowler Co. Rochester NY Moulthrop. They are small desks and need some cleaned of the wood, but for $20 I had to buy them both. I have never seen desks like this before, so cool.

I am a sucker for World War 2 military memorabilia. This is a US Military ID dated 1942, also includes 2 patches, 2 pins and his letterhead stamp. I purchased this for $40 so It’s not like to got a great deal but it came in this nice shadow box also. This will most likely stay with my personal military collection which is why I didn’t mind paying retail for it. I was able to find his obituary online, here is an excerpt on his military career: “An Army veteran of World War II, Mr. Marsh served as a captain in Europe during World War II and as a major in the Korean War. Later, he joined the Army Reserve and retired as a lieutenant colonel.”